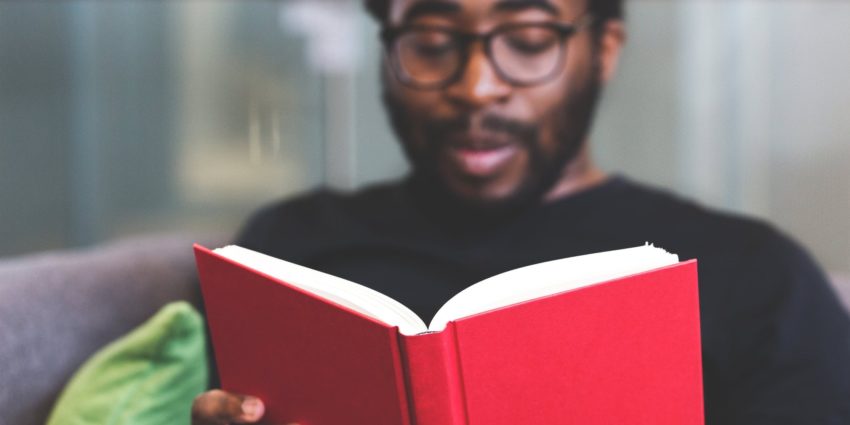 Every now and again, as a teacher I have a class that I fall in love with. In the winter of 2012, I had one of those. On the last day of class, I tried to figure out what I liked so much about them, and I decided it was their stories. It’s all in the story, they say. Why? Because stories help us to see life through another’s eyes. Stories transport us to places we’ve never been and introduce us to situations we’ve never imagined. In the process, stories pull us together while underscoring universal truths, and we recognize truth even when we haven’t had the same experience as the storyteller. That winter, I learned about and experienced my students’ lives as I listened to their stories.

That semester, my college public speaking night class taught me how stories can bind us together. That semester I approached that class, feeling ambivalent, hoping for participation from tired students, for interest in the course content, for community among classmates, for patience with each other. class but, somewhere in the middle of the semester, that changed as their stories resonated with me. Their stories. Their truth. Looking back at the various classes, I wondered when I begun to see this class through different lenses.

It probably started in the first class. I arrived at 6.25 p.m. for a 6.30 p.m. class and when I entered the classroom, there was silence. Tough crowd, I had thought. I began the roll call, barely waiting for each student to answer before calling the next name. Then I saw a familiar name, I looked up, and I beamed. It was Rupi, a student who, in previous semesters, had taken classes with me. I had a brief, friendly exchange with Rupi and immediately scored some brownie points with the new students when he announced that he had waited for two years for his schedule to allow him to take a third class with me. I beamed again. It was already a good start. (Students like to know when you have ‘repeat’ students. Clearly you – the instructor — did something right.)

Even though that class did set the tone for the other classes, I think the second class was when the magic of storytelling began. It was the class when Aman, the Sikh, told us the story of his love for his religion. Aman always wore a blue turban to class, with his thick beard tucked in at the sides of the turban. He had a blank stare, and he never smiled. Though the first time we made eye contact in the first class, he had looked at me blankly, with no smile, I distinctly remember him smiling broadly when he saw my reaction when I gushed over Rupi, the three-time returning student, an East Indian, a.k.a. ‘brown’ guy (his words) like himself. I suppose I had entered the ranks of the tolerant, cool ( ie -good) teachers.

That day when Aman gave his first presentation, he started with a question as his attention grabber. He asked, “What do you think of when you look at me? What’s the first thing you see? What comes to your mind?”
Some students politely said, “Your beard. Your blue shirt.”
(Oh. Please!) Disingenuous responses, I thought, so from the back of the room, I hurled, “The turban you’re wearing!”
He spun around towards me, and pointed towards me. “Exactly!”
Then he turned to them with both hands outstretched and said, “That’s what you all see.”

Many of them laughed briefly. Some sat up straight. He got our attention; we listened to him as he shared his passion for Sikhism and the Guru Granth Sahib, their holy book. We learned why Sikhs wore turbans, why they were not Hindus or Muslims, why 9/11 had made life more difficult for them, and why they could not cut their beards. His seven-minute talk pulled us into a fifteen-minute Q & A session, and we realized that a passion should propel us as a lighthouse that beckons the ship at sea.

His honesty and frankness delivered to us the courage to ask the questions we couldn’t answer, and his openness encouraged honesty, in turn, from other classmates. The next week, Suzi, the blonde girl who all the guys listened to keenly – especially when she threw her hair to one side of her shoulders – bore her soul. She had Botox-like lips and a huge tongue ring, which glistened when she spoke. She always wore knee-length boots, and she was stunning. She invited us within the walls of her soul and introduced us to the role of Alcoholics Anonymous (AA) and their 12-step program in her life by explaining how AA saved her father for long enough for her to meet him, even though he died soon after.

Then she told us about her mother’s slow battle with Amyotrophic Lateral Sclerosis (ALS) before dying. She started, “I was having a regular day when my friend showed up and told me my mother was in the hospital. I grabbed my stuff and drove with him to the hospital. Then I saw my mother.” She voice broke. We all looked away. She sniffed, then she continued voice trembling at times. After her speech, I gave the class a 10-miunte break because even the guys looked like they were fighting to keep the tears at bay. Her story resonated with all of us as she, unknowingly, connected us with the common experience of loss, pain, and grief.

After that class, I noticed a new bond forming, and she became all the guys’ little sister. Strangely enough, she became the orphan; we became her parents. Then after she had had enough sympathy (Er … One week?) , she took on the role of mother hen. (I know, right!) Whenever I have them chapter readings, she became the mother hen who emailed them all to divide up the work and make sure it was done.

Once when a student didn’t do one of the reading assignments, he commented, “Well, I had to leave early last week, remember, and Suzie didn’t email me.”
“What!?!? Why should she email you?”
“ Well, she always emails us and tells us which page to read. “
My eyes widened and my lips turned down. I hadn’t known. I was impressed. That day, I began to see her differently. She was no longer the sultry blonde; she was just Suzi, the ‘keener’ , who helped to keep the class focused.

But maybe my attitude towards the class changed because of the Adeyemi, the African American guy with six unpronounceable names who was a follower of Louis Farrakhan. The first time he gave his speech, he left us hungry for more, and he mesmerized us. I wasn’t sure if we were at a Louis Farrakhan rally or if we were at a Malcolm X march or if we were in an African American church experiencing their traditional call and response, where Adeyemi was the preacher. But as he jumped and pranced, rhymed and reasoned, extolled and exalted, we ascended the mountain top, to overlook the land flowing with milk and honey before he left us in the valley – tired, thirsty, and hungry — where we tried to recuperate.

It was supposed to be a simple speech, but the speech became a call for excellence. And when he was finished, we gave him a standing ovation. (Of course, no one wanted to give their speech after his. I felt sorry for those who speech followed his. Their confidence was shaken before they even opened their mouths.) He was the only African American in the class, but his story resonated with all races as his central message was: Never give up. Fight. He also crushed a few stereotypes. This bandana scarf –with-baseball-cap-turned-backwards fellow wearing ‘nearly falling off saggy pants’ with Timberland high top boots did not fit the profile of an intellectual mogul. But what a intellectual he was!

The keeners, the ambivalent, the indolent, even me, — we all were inspired by him. He inspired me to continuously challenge their intellect; he inspired his classmates to not settle for mediocrity. The following week, everyone came with a better prepared speech. Celeste started the next week’s session. We heard she was hiding outside waiting for us to call her in. When we did, she glid into the room as if it were her stage. She wore an Anime costume with pink hair. We all looked at each other not sure of what’d be next. She introduced us to Cosplay and their costumes. (I was relieved to not be the only one who hadn’t heard the word before.) Soon we learned that Cosplay is really the shortening for costume play. Her talk stirred the imagination and raised many questions. Through her answers, we learnt about the conventions, the participants, and their bond.

Her story broke down a few more barriers in the class and, that night, we became more tolerant. Canada is multicultural, but oftentimes cultures remain disparate, so there is the perception of tolerance. Sometimes, it’s just that we ignore each other. The guy who was sitting beside me said, ‘I thought those people were just weird.’ I smiled. She definitely was not. She was a cerebral, kind, warm girl who loved books. Once when she spoke about her love and sheer excitement about books and book stores, she and I connected and we excitedly exchanged information about where to find the best second-hand book stores. I told her that her bedroom sounded like my sister’s. Books oozing from every corner with little walking space. She was definitely not weird. She reminded us that different doesn’t mean weird.

Whether it was the first class, whether it was the second class, whether it was a class in the middle, somewhere the magic happened, and as I reflected I realized that it was their stories that made the difference. As we listened to each other’s stories, we identified with each other. We understood and respected Aman for sharing about his beliefs. And we applauded Celeste for her courage in explaining her unpopular passion. Their stories spoke to us because we could relate to doing something that wasn’t mainstream. And we were drawn in by Adeyemi’s many speeches and his constant reference to ‘life on the streets’ and deliverance. He helped us to believe again in Martin Luther King’s dream. That dream for equality and acceptance helped to us accept Celeste. And we could all empathize with Suzanne as she shared her pain as most of us have known sorrow. And what was the effect? It glued us together. The stories drew us together, leaving us standing shoulder to shoulder in a circle, with a rope secured tightly around us..

It was strange. When the class ended on the last night, my students lingered in the classroom, as if looking for a reason to stay. And, I had already begun to miss them. One said, “Wish this was my last class at the college. It’s gonna be tough having an average class after this one!” Another said, “I can’t believe it. learned so much!” Another said, “How are we going to find another class to beat this?”

I knew it wasn’t me. It wasn’t teaching skills. (Wish I could take the credit, though.)

It was the stories.

It was … THEIR stories.

2 thoughts on “The Power of Story”

Hi. I’m Tanya, and I love, love, love stories. I love writing stories, and I love telling stories. Some are funny and some aren’t; but there’s always a story waiting to be told and a lesson to be learned. Read more...